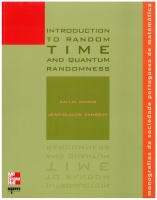 For the first author of these nots, the concept of Random Time is the single tool without wich the theory of Markovian Stochastic processes would lose much of its strength and depth. In Physics there is only one theory where probabilities are regarded as really irreducible, this is Quantum Mechanics. But, curiously, these probabilities are lying more in the laboratory than in the theory itself. Why? In what sense Random Times constitute the heart of the Probabilistic Reasoning? And why is that the role of probability theory, in Quantum Physics, is still so controversial 70 years after the constrution of this theory? Can we hope to reinterpret at least part of Quantum Theory in a way to introduce physically meaningful Random Times? These are some of the questions investigated in these lectures notes, in a semi-expository style accessible to graduate students of applied Mathematics and Physics.